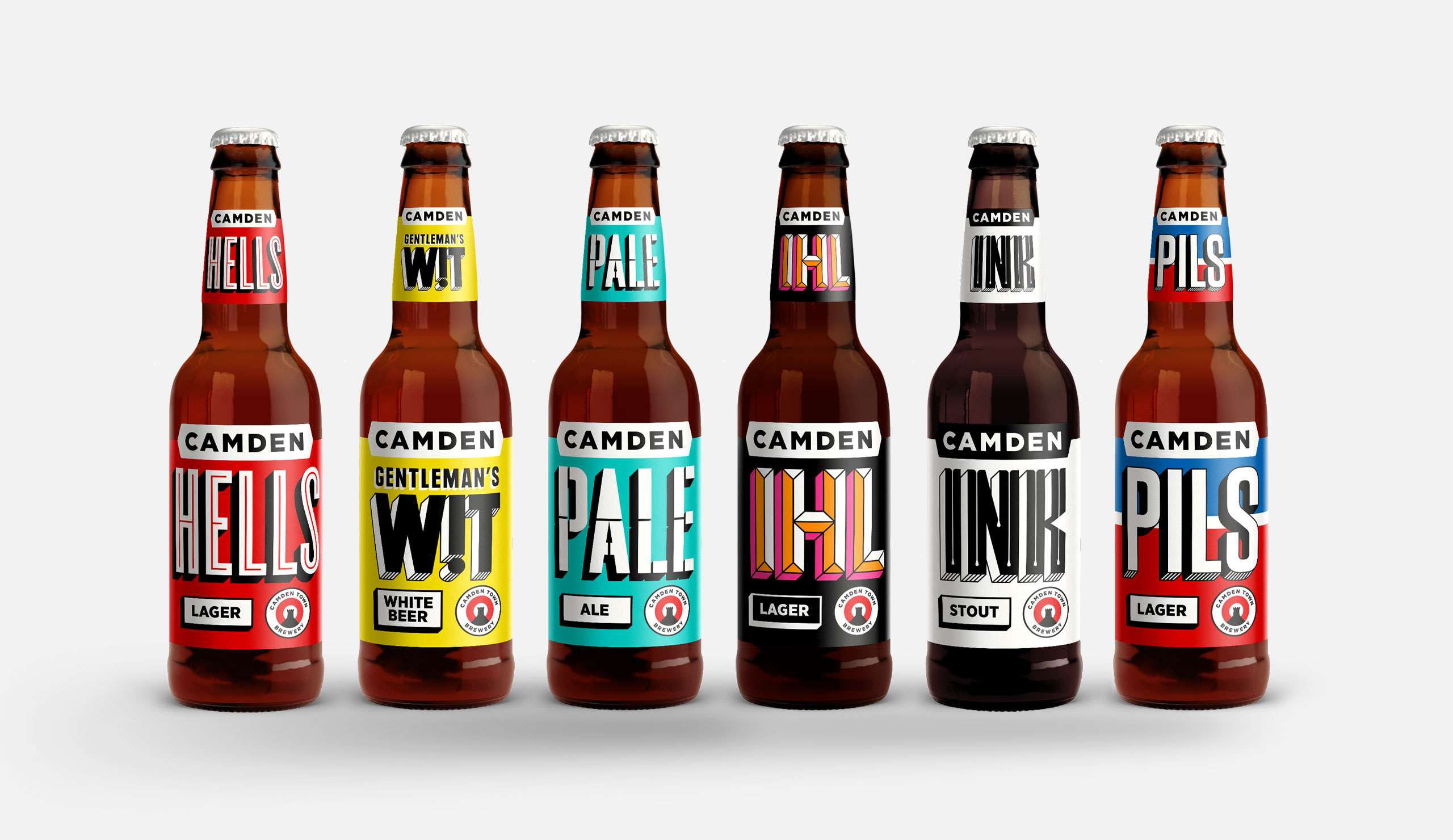 Camden Town Brewery had grown quickly, building a loyal following along the way. To move the brand forward they wanted to update their brand identity.

Our approach was to embody the irreverent charm of the brand and its London heritage. Custom typography, inspired by traditional sign-writing is central to a rigid design system that, alongside bold colours and iconography allows each beer it’s own unique personality whilst instantly being recognisable as Camden.

With a refreshed identity spanning everything from can and bottle packaging to beer tap signage the tap room itself, Camden goes from strength to strength. The bold identity creates stand out at point of purchase and has firmly positioned the brewery as a serious player on the world stage.

Since launch, the rebrand has been featured by Design Week and It’s Nice That, and has been recognised at the Beer and Cider Marketing Awards.

A rigid design system with individual bold colours and iconography allows each beer it’s own unique personality whilst instantly being recognisable as Camden. 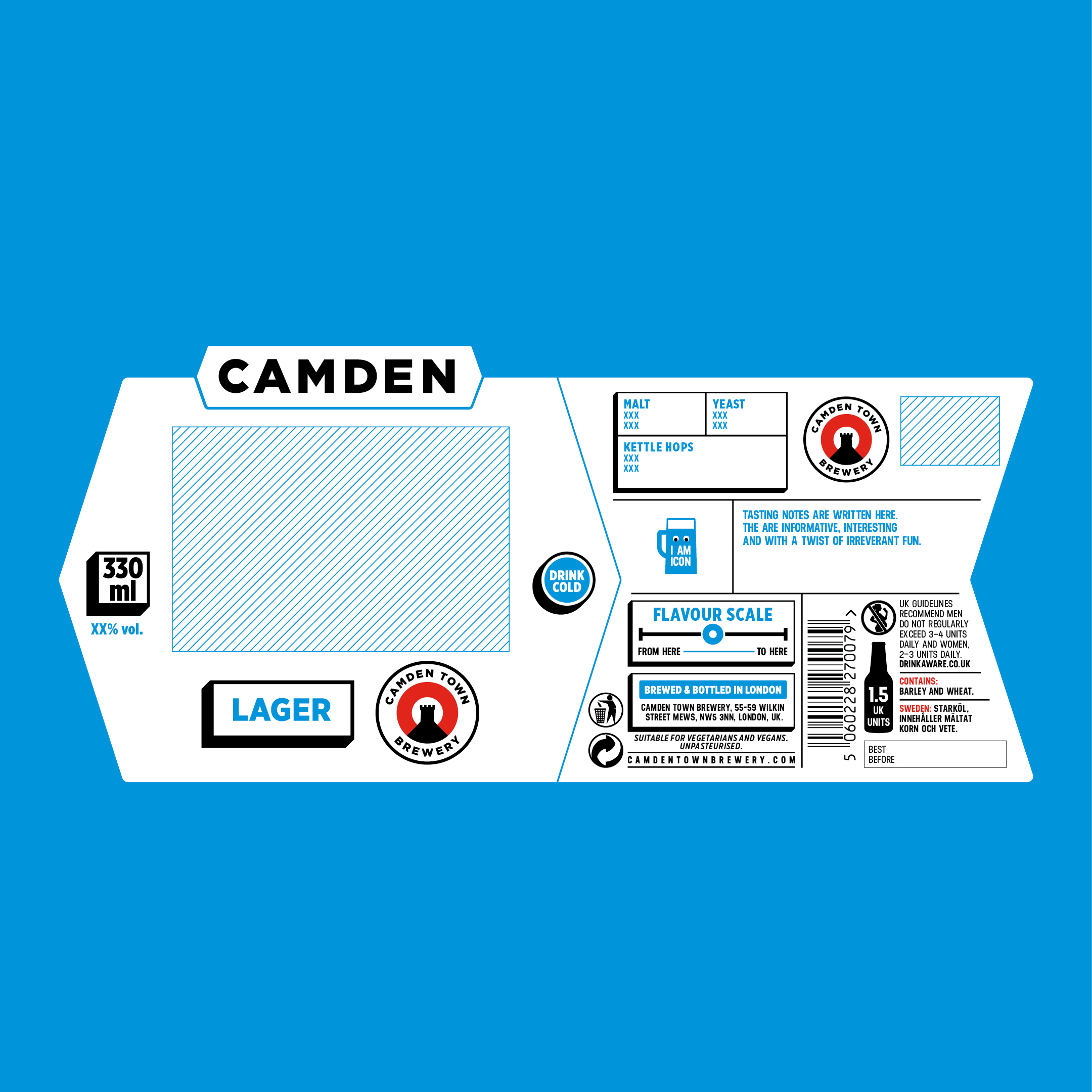 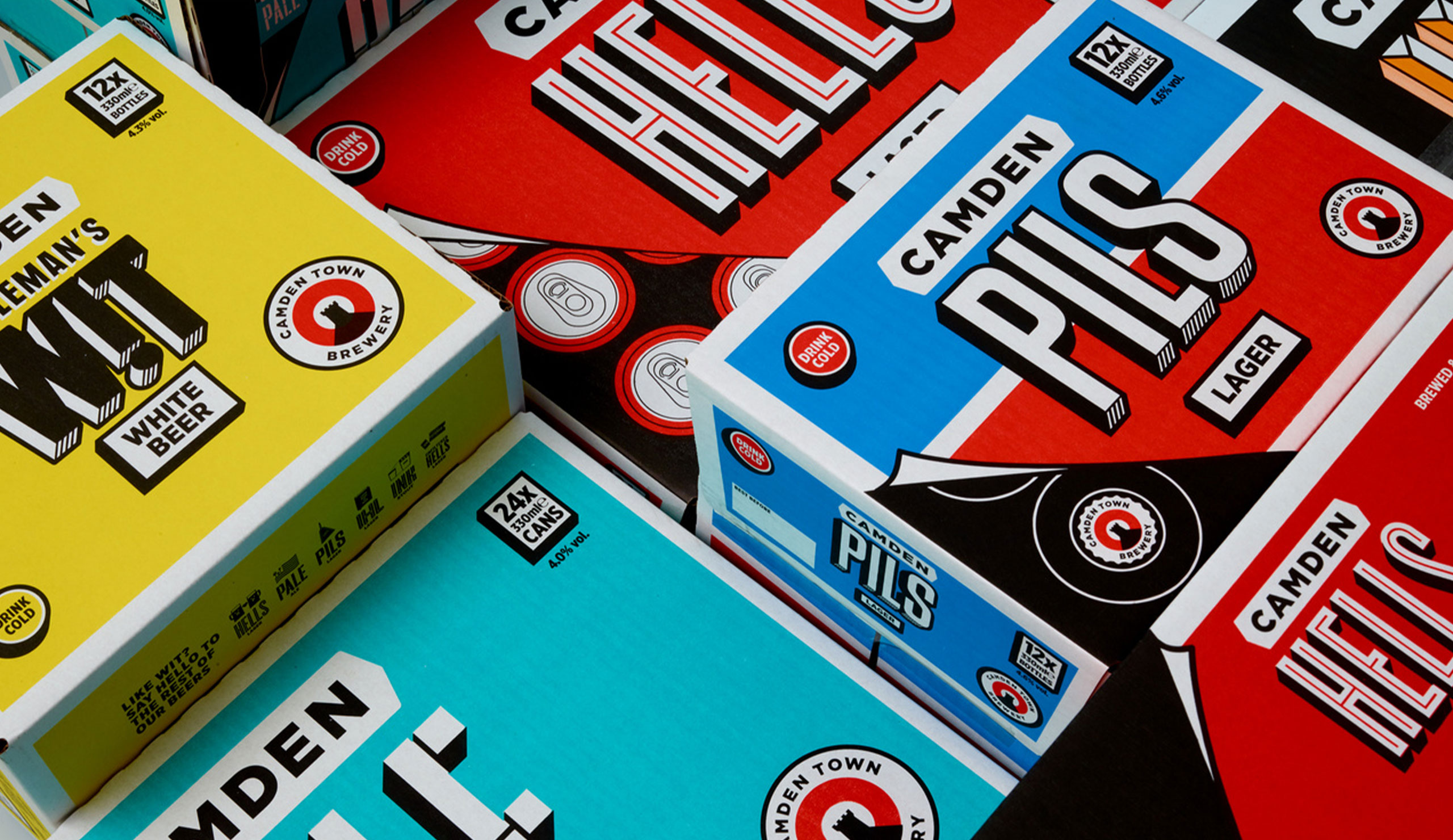 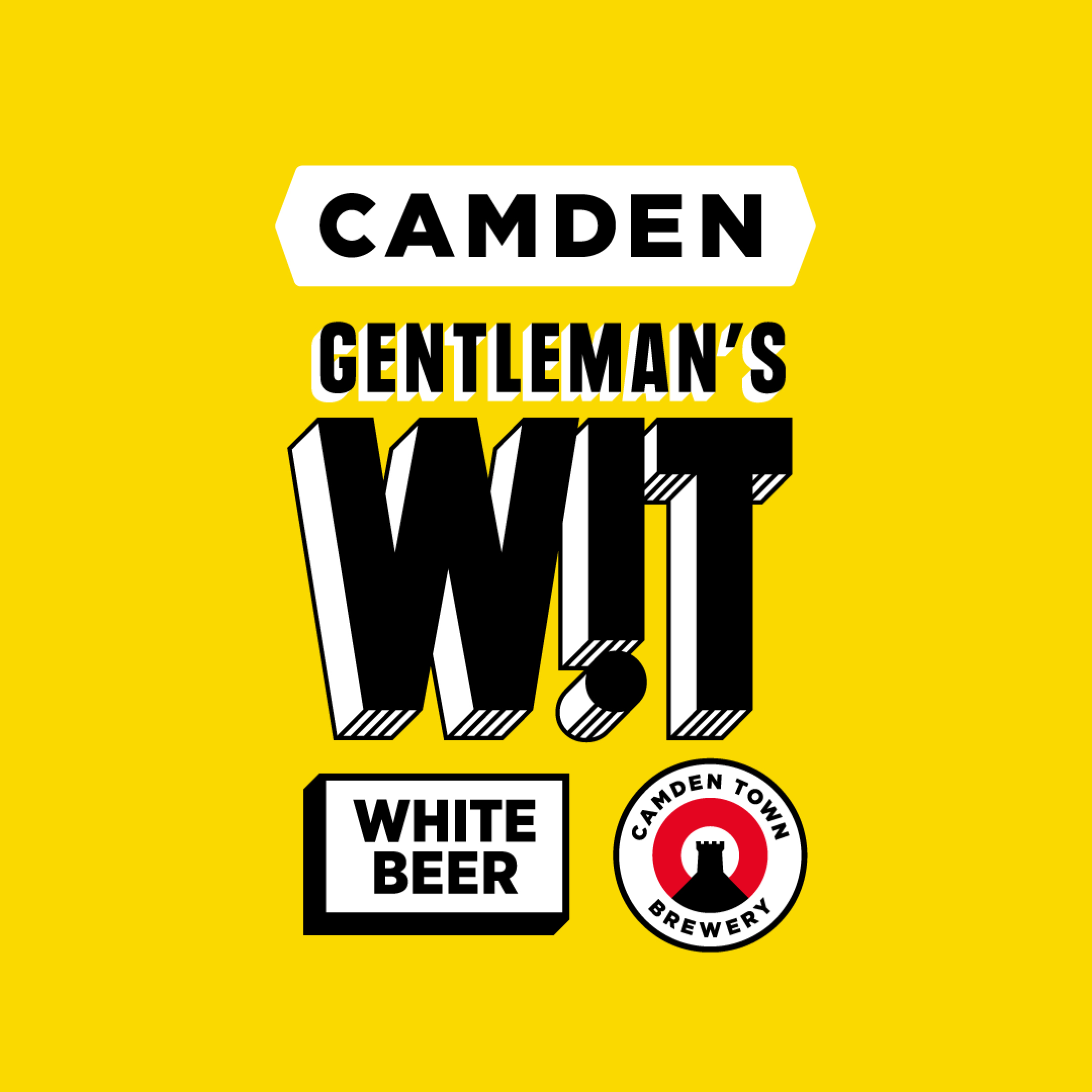 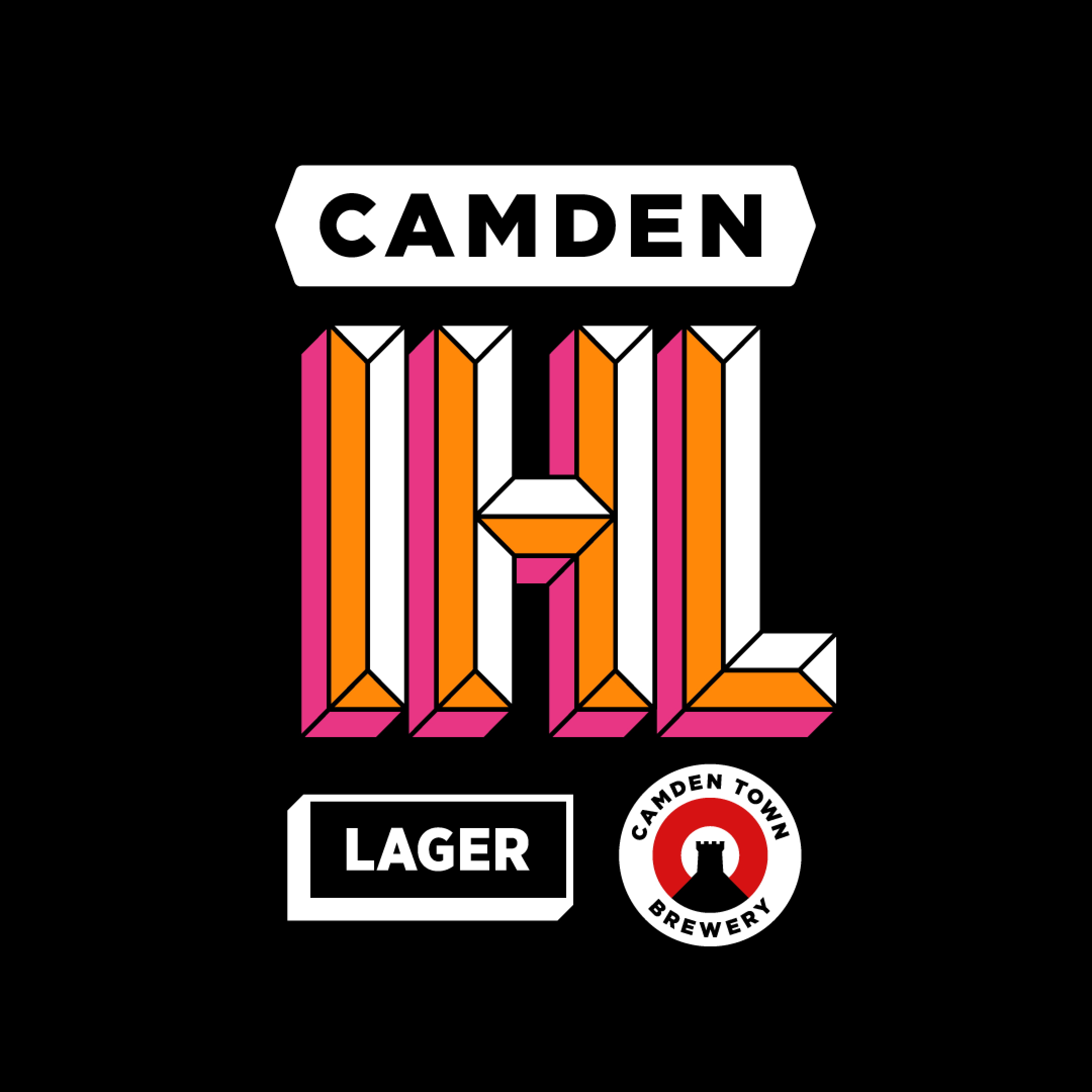 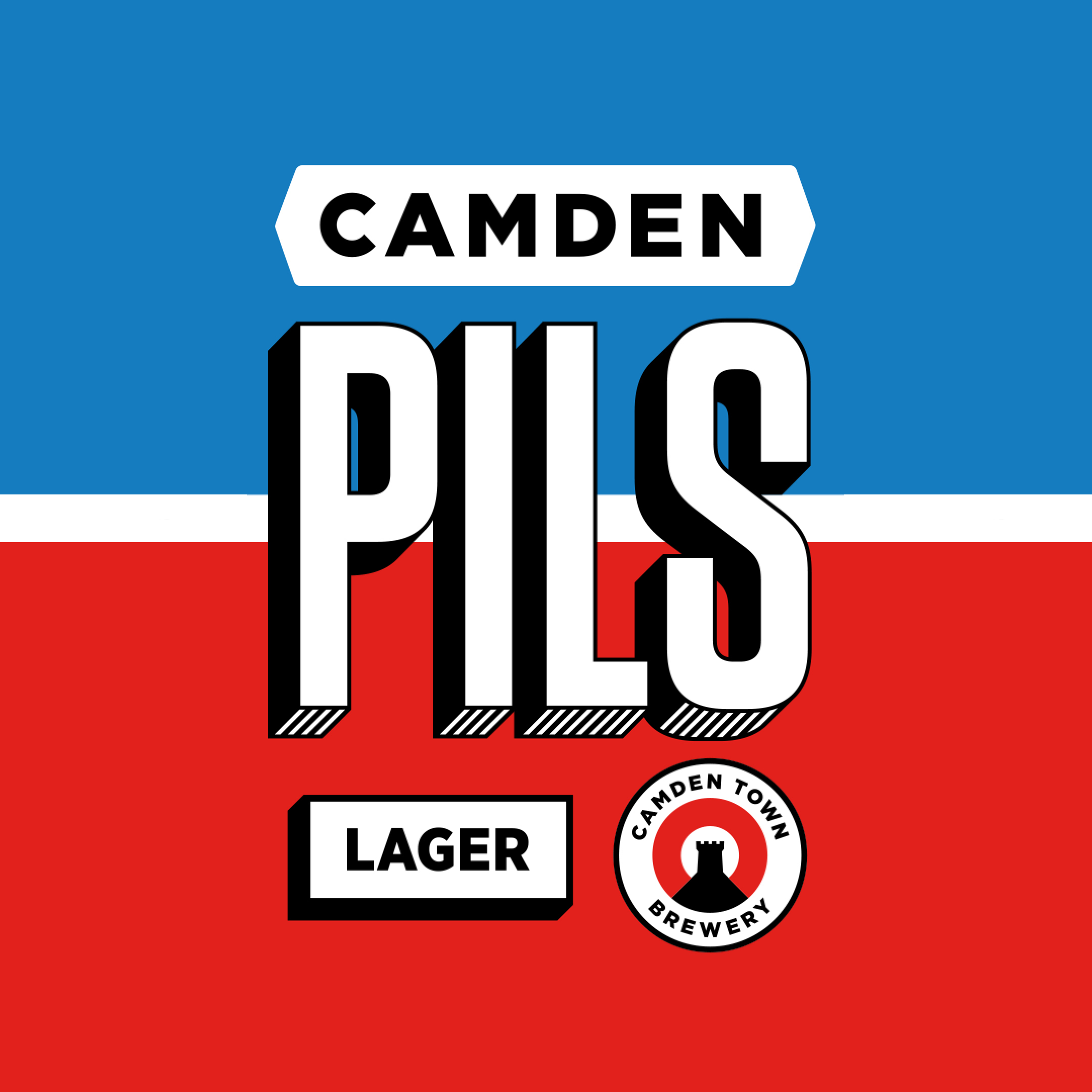 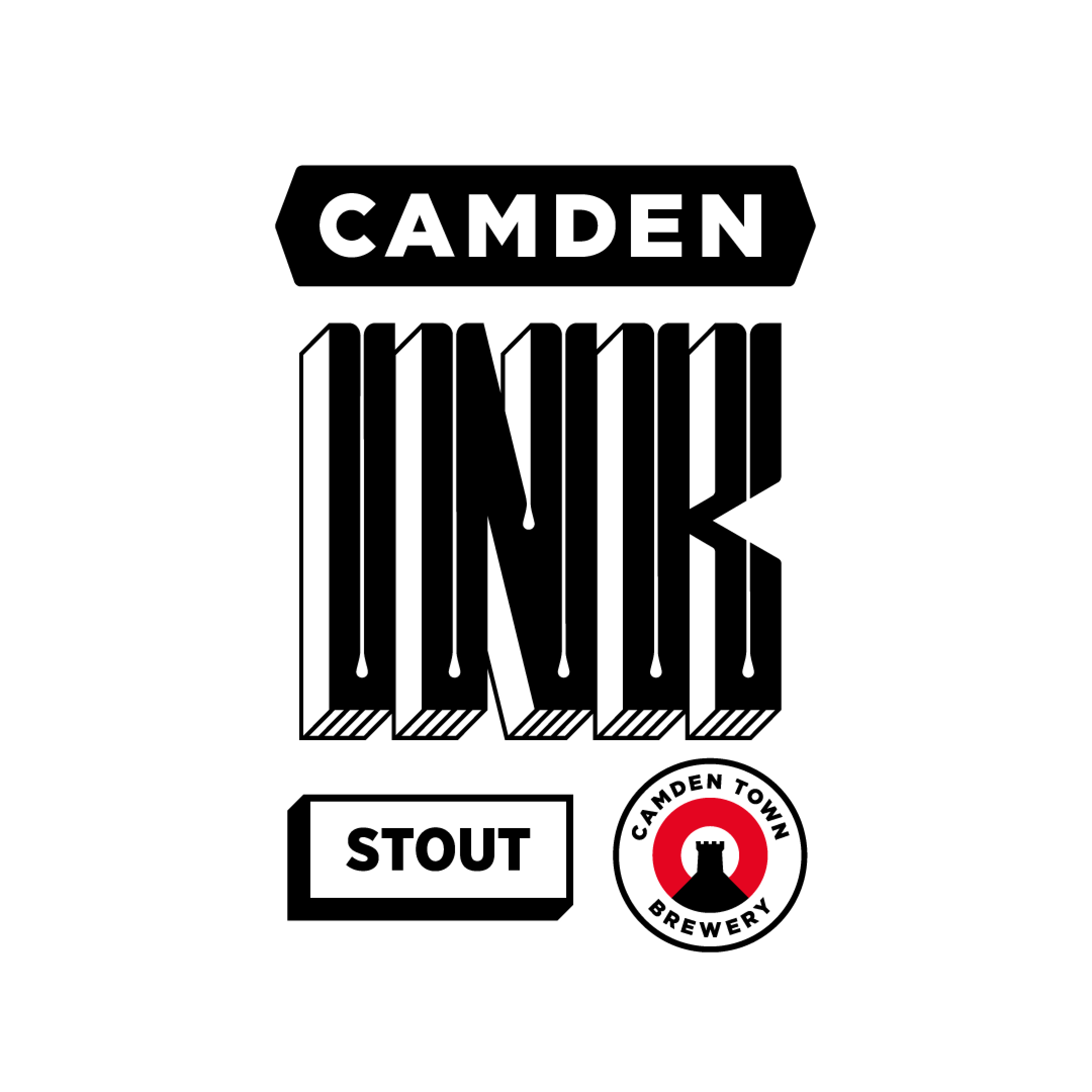 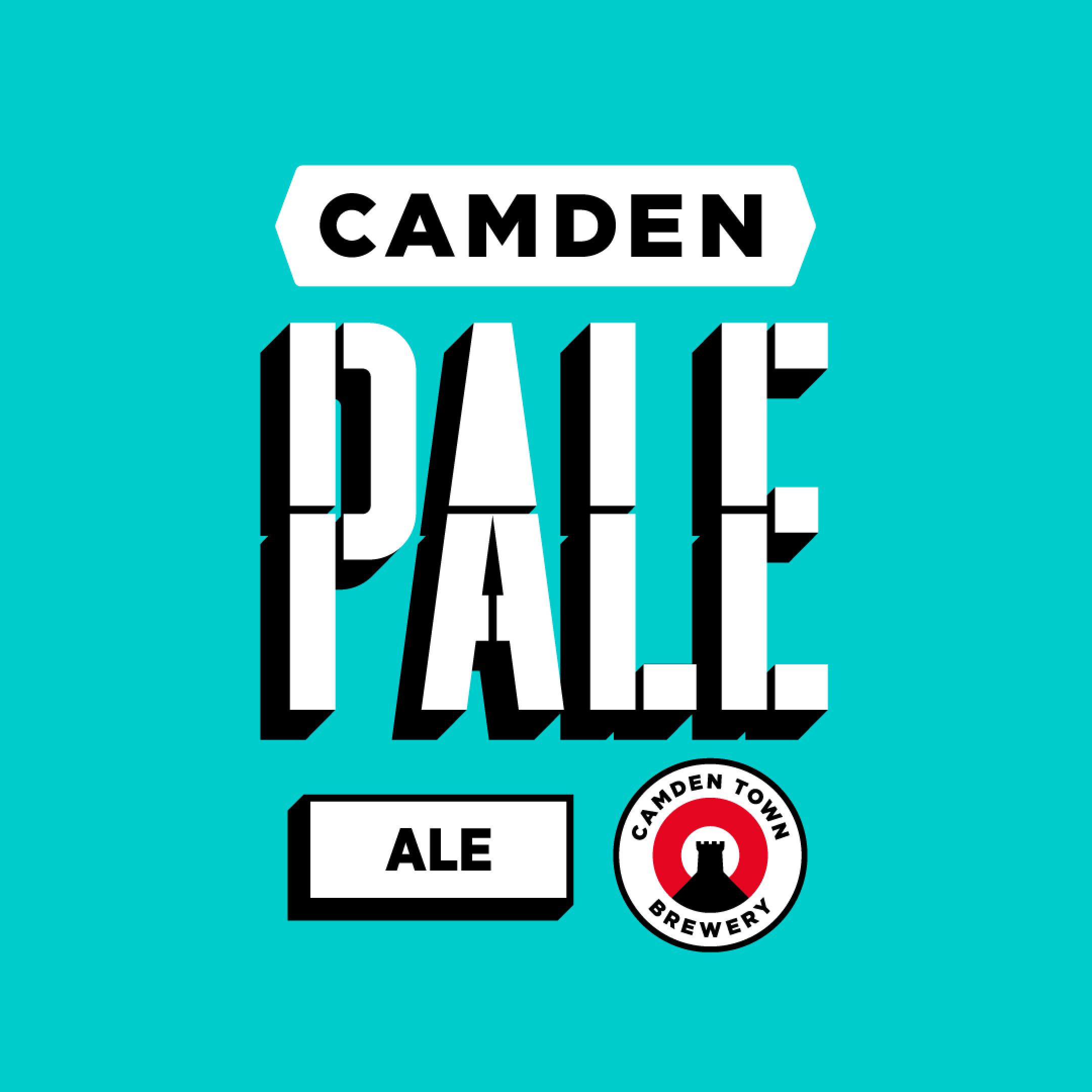 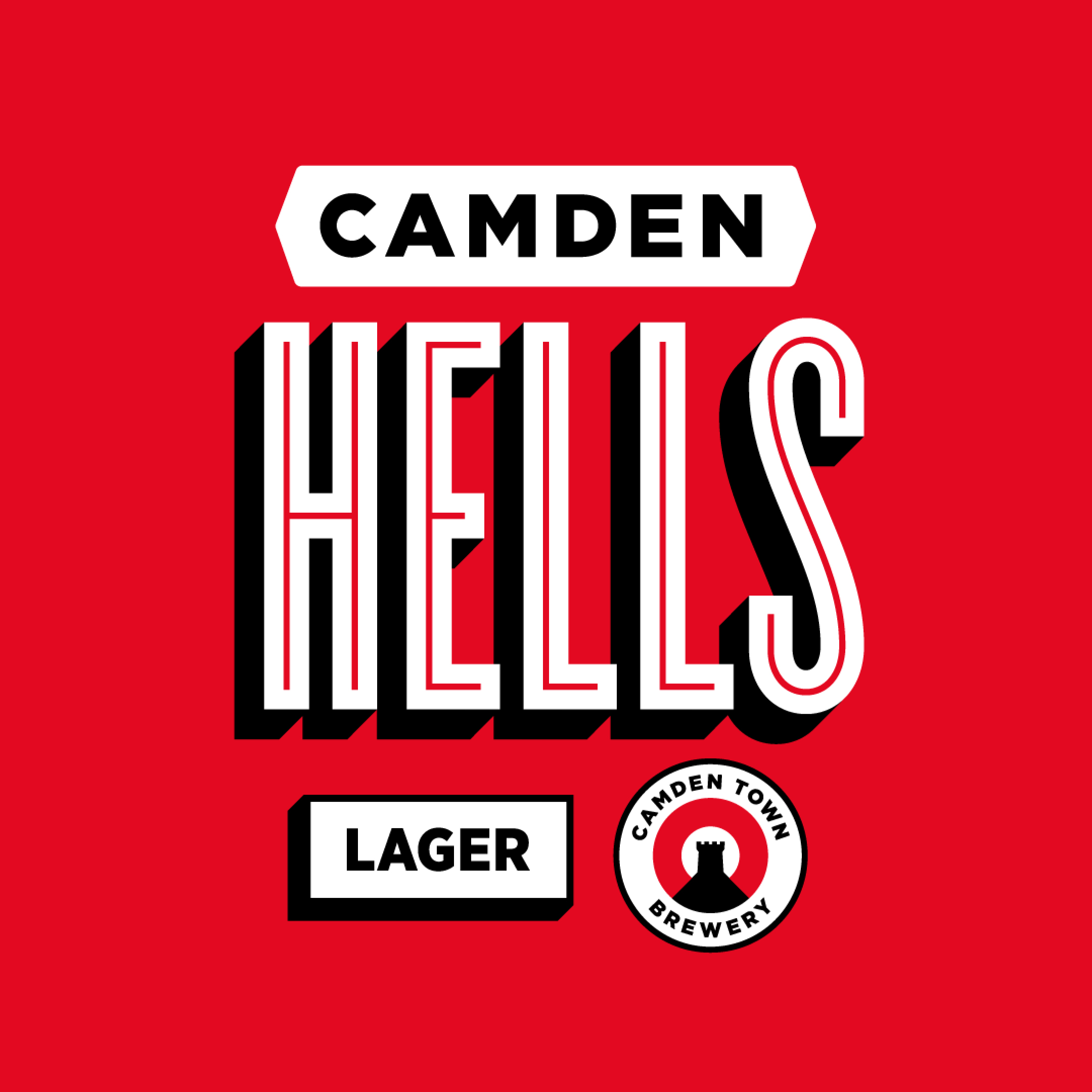 Custom type treatments reflect the individual characteristics of each beer. Inspired by traditional sign-writing in style, the names follow the same construction rules whilst treatments and colours provide a point of difference.